I will Strive to gather as much Information as Possible

Look for the Good and the Bad

be proud of my accomplishments

Take a Moment and Breathe

Strive to be the Best

A native of New Hampshire, Joyce Maynard began publishing her stories in magazines when she was thirteen years old.  She first came to national attention with the publication of her New York Times cover story, “An Eighteen Year Old Looks Back on Life”, in 1972, when she was a freshman at Yale. Since then, she has been a reporter and columnist for The New York Times, a syndicated newspaper columnist whose “Domestic Affairs” column appeared in over fifty papers nationwide, a regular contributor to NPR and national magazines including Vogue, The New York Times Magazine, and many more

With the end of summer closing in and a steamy Labor Day weekend looming in the town of Holton Mills, New Hampshire, thirteen-year-old Henry—lonely, friendless, not too good at sports—spends most of his time watching television, reading, and daydreaming about the soft skin and budding bodies of his female classmates. For company, Henry has his long-divorced mother, Adele—a onetime dancer whose summer project was to teach him how to foxtrot; his hamster, Joe; and awkward Saturday-night outings to Friendlies with his estranged father and new stepfamily. As much as he tries, Henry knows that even with his jokes and his “Husband for a Day” coupon, he still can’t make his emotionally fragile mother happy. Adele has a secret that makes it hard for her to leave their house and seems to possess an irreparably broken heart. But all that changes on the Thursday before Labor Day when a mysterious bleeding man named Frank approaches Henry and asks for a hand. Over the next five days, Henry will learn some of life’s most valuable lessons: how to throw a baseball, the secret to perfect piecrust, the breathless pain of jealousy, the power of betrayal, and the importance of putting others—especially those we love—above ourselves. And the knowledge that real love is worth waiting for. 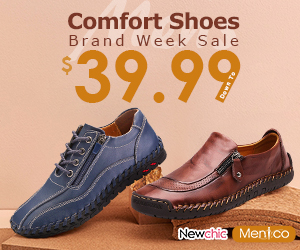